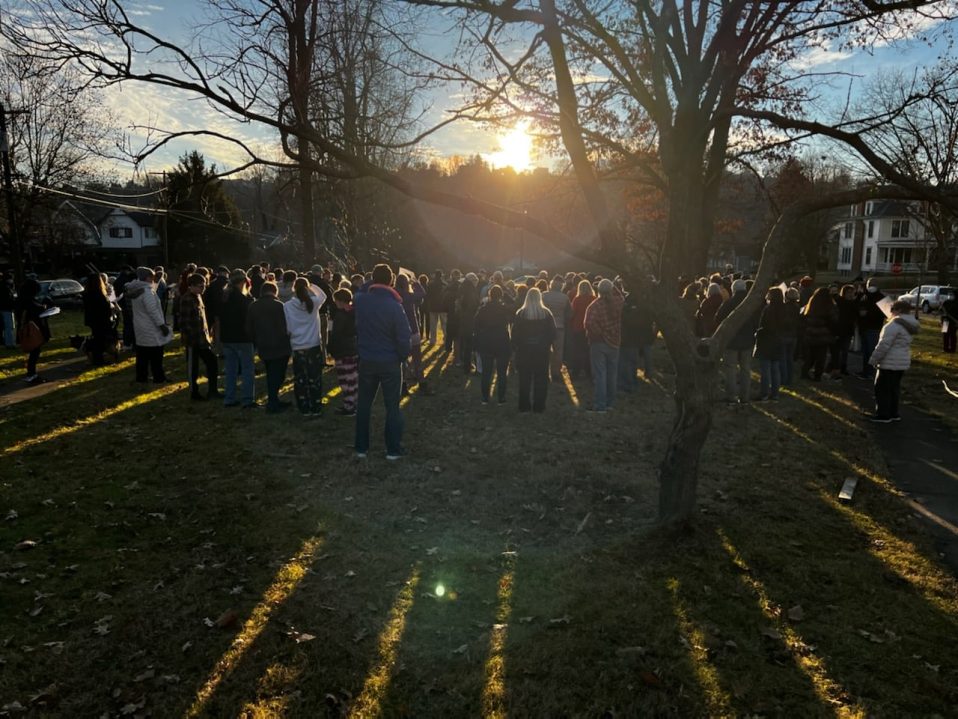 One function of the large earthwork complexes, such as the one found at Marietta, was to track the passage of seasons through astronomical observations. Aligned with the parallel walls of “Sacra Via” is the winter solstice sunset. On December 21st at 4pm join The Castle’s archaeologist Wes Clarke for this year’s solstice sunset watch at Sacra Via Park either in person or virtually. During this program, Wes will discuss the astronomical alignments of Marietta’s mound structures.

This offering is free. Donations are encouraged.

Program takes place at Sacra Via Park (between Third and Second Streets.) Rain or Shine.

About the speaker: Wes Clarke is a Registered Professional Archaeologist with over 45 years’ experience conducting research in the American Midwest and in Southeast Asia.  He has particular interest in early historic pottery, Ohio art history, the history of pioneer Ohio, and early state development in Southeast Asia, and has published numerous articles on these topics.  He is currently in the ninth season of excavations on the historic Clark family pottery site at The Castle Museum, where he works as the Manager of Collections.

Here’s what you need to know:

Because our Solstice Watch is weather-dependent, our broadcast activities can vary. Use the map provided to orient yourself to where sightings are located. The Sacra Via location is indicated with a blue dot at the base of a heavy arrow pointing toward the solstice sunset. The Quadranaou platform mound location is indicated with a red dot at the base of another arrow.

If sighting conditions are good, we will start with a brief discussion and viewing on the long Sacra Via alignment (blue dot), originally extending between the huge parallel walls of the earthwork complex. We then shift location to the Quadranaou platform mound (red dot), where we can witness the solstice alignment again due to a change in elevation. Here the alignment crosses two access ramps on the mound perimeter. During our relocation from Sacra Via to Quadranaou, the virtual feed will stop for a few minutes.

If sighting conditions are not good but there is no precipitation, we will still provide comments virtually from both the Sacra Via and Quadranaou locations, with a break in the feed while relocating.

If there is precipitation or conditions are otherwise poor, we will provide comments from a gazebo shelter on Sacra Via, but will not relocate to Quadranaou.