“We are so excited to hear the songs of Christmas along with his smooth jazz stylings at the Smoot once again. Landau last played at the Smoot in 2018,” says Liz Ford, Executive Director of The Arc of the Mid Ohio Valley. “We have worked closely with Landau and his team as well as Felice Jorgeson, Artistic Director of the Smoot Theatre, and appreciate their continued support.”

“I have missed seeing all your faces and performing throughout my home state and can’t wait to see you on December 17, 2021 at the Smoot!” says Murphy, Jr.

Since 1955, The Arc of the Mid Ohio Valley has dedicated itself to ensuring a satisfying and productive life for children and adults with intellectual, cognitive, and related developmental disabilities by providing programs and services that enable, empower and encourage people to live, learn, work and play in their community along with their peers and neighbors.

Landau Eugene Murphy, Jr. will bring the joy of the holiday season, the Sounds of Sinatra and the Magic of Motown to the Mid-Ohio Valley. Murphy grew up in Logan County, WV and rose to fame in 2011 winning America’s Got Talent and with the subsequent release of his first album That’s Life. Landau is well known to Parkersburg area audiences for his sold out “Home for the Holidays Christmas Tour” stops in Parkersburg.

Murphy has toured around the world sharing such hits as “My Way”, “I’ve Got You under My Skin,” and “Fly Me to the Moon.” He has performed at the Super Bowl, Madison Square Garden and Mountaineer Field. Murphy was most recently special guest for Marshall University’s Jazz Ensemble at Parkersburg South High School in April, 2019. Opening Act Stand Up For Downs was created in 2013 by Rob and Ellen Snow. It was formed out of the combination of their love for their son Henry, who has Down syndrome, and Rob’s background in performing and producing comedy. The mission of Stand Up For Downs is to enhance the lives of those with Down syndrome through humor. ​ ​They cast the world’s first all Down syndrome improvisation troupe in 2018. The Improvaneers were born. This program is now reaching across the country and will become the missing link in job coaching/training programs everywhere. The Improvaneers have attracted considerable media attention having articles in The Washington Post, The Mighty, TodayShow.com, Woman’s World, The Cleveland Plain Dealer, and more. They have also been featured on Inside Edition, The List, AOL/Verizon’s Good People, Fox New Day Cleveland, CBS Sunny Side Up and more. The Arc’s Annual Secret Christmas project provides Christmas gifts and cookies to adults and teens 13+ years old, with intellectual, cognitive, or related disabilities who are above the age for assistance from other community programs and have a demonstrated financial need with little, or no, family support to cover their clothing, grooming, transportation, and social needs. Gold Sponsor for the event is the Deitzler Foundation. United Bank, BB&T Bank, and the PM Company have sponsored the event at the Bronze Level. Dunbar and Fowler and Intrastate Insurance have also provided support for the event. Hall Financial, McCrady Jones Insurance, and Paradise Glen Property Management have also signed on as sponsors.​ 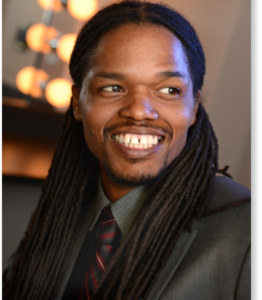