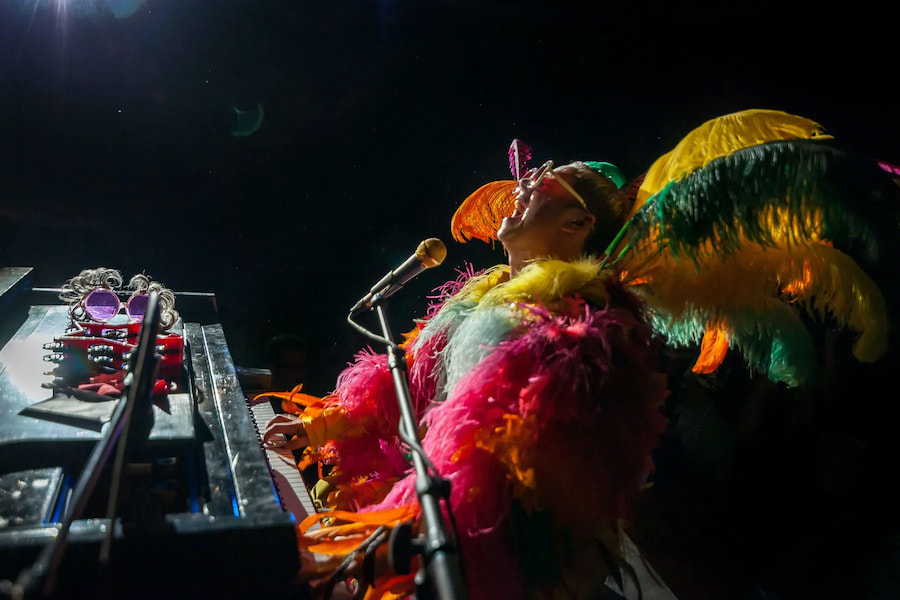 Hand picked by Elton John & David Furnish, it was Rus’ own live tribute production ‘The Rocket Man Show’ which got him noticed. In the show, Scotsman Rus Anderson recreates the magic & live persona of a young Elton like no other. Storming around the stage with a fun-loving sense of flamboyance; part diva, part soccer player, killer vocalist, fierce piano player, all rock & roller.

Rus’ painstaking attention to detail includes wearing gorgeous, colorful & spectacular costumes (many actually worn by Elton) including his iconic boots, glasses & jumpsuits from 1973, as well as a sparkly Swarovski tuxedo from 1984.

It is clearly the most authentic Elton John show in the world. The Rocket Man Show is a regular feature across the USA at venues such as House of Blues, Hard Rock Live, Caesar’s, Harrah’s, Legends In Concert, BB King’s, Universal Studios & Walt Disney World.​