Some gossip is so compelling that it still sparks conversation hundreds of years later. Parkersburg, West Virginia has several people worth talking about—and there’s no need to whisper. 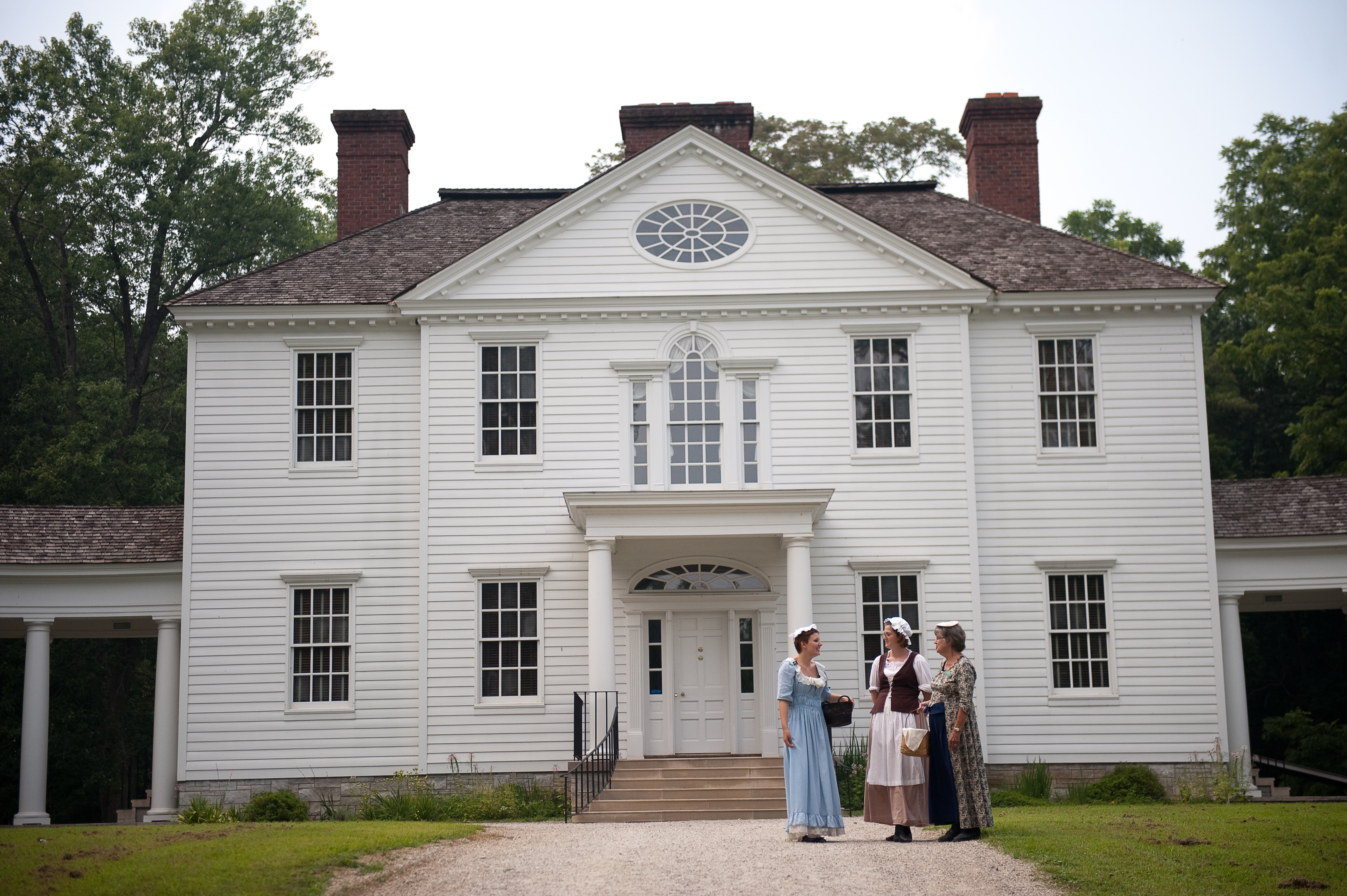 And that’s just a sneak peek!

Head to Parkersburg, situated at the confluence of the Ohio and Little Kanawha rivers near the Appalachian Mountains, to delve into the stories at key historic sites:

A 17-room Victorian-era, Italianate-style mansion built in 1859, remained in one family through five generations, all of whom held onto everything from furnishings to letters to amass an unsurpassed collection of treasures. The mind-boggling trove of artifacts includes a land grant signed by Patrick Henry, ballots from the Lincoln-Douglas presidential election, ancient maps, stagecoaches, wedding dresses, toys, tools, diaries, housewares, art, and more. Family members established America’s first chain store operation, served on the U.S.S. Constitution during the War of 1812, wrote the first manual on medicine for the Department of the Army, and served in the State Senate, among many other accomplishments. They counted George Washington, Thomas Jefferson, Dolly Madison, John James Audubon, and Johnny Appleseed among their friends. Three Adena pre-historic Indian mounds are also on the property.

Insider’s Tip: Cruises aboard the Valley Gem that include a tour of the mansion are available seasonally.

The fifth-largest island on the Ohio River, is a 500-acre haven occupied by Native Americans as early as 9000 B.C. Irish aristocrats Harman and Margaret Blennerhassett bought it in 1798 and built a Palladian mansion surrounded by landscaped gardens. After allowing former Vice President Aaron Burr to use the island as a base of operations, however, they eventually lost their home. It burnt down in 1811, but has been rebuilt per the original plans and refurnished with period pieces including several pieces previously owned by the Blennerhassetts. The island became a state park in 1980. From May through October, you can reach it riding a sternwheeler riverboat from Point Park. On the island, tour the mansion and other historic structures that have been moved to the location, explore the grounds, take a horse-drawn wagon tour, picnic under a thick canopy of trees.

Insider’s Tip: Also visit the Blennerhassett Museum of Regional History, the second-largest museum in West Virginia, which houses a large collection of prehistoric Native American artifacts, relics from the Ohio Valley, and art by Lily Irene Jackson in addition to items from the Blennerhassett family.

Located through the Flood Wall at 2nd Street, served as a public landing during the frontier era and westward migration. Today it’s a pleasant place to walk along the river, enjoy a picnic, or attend special events held on the grounds. 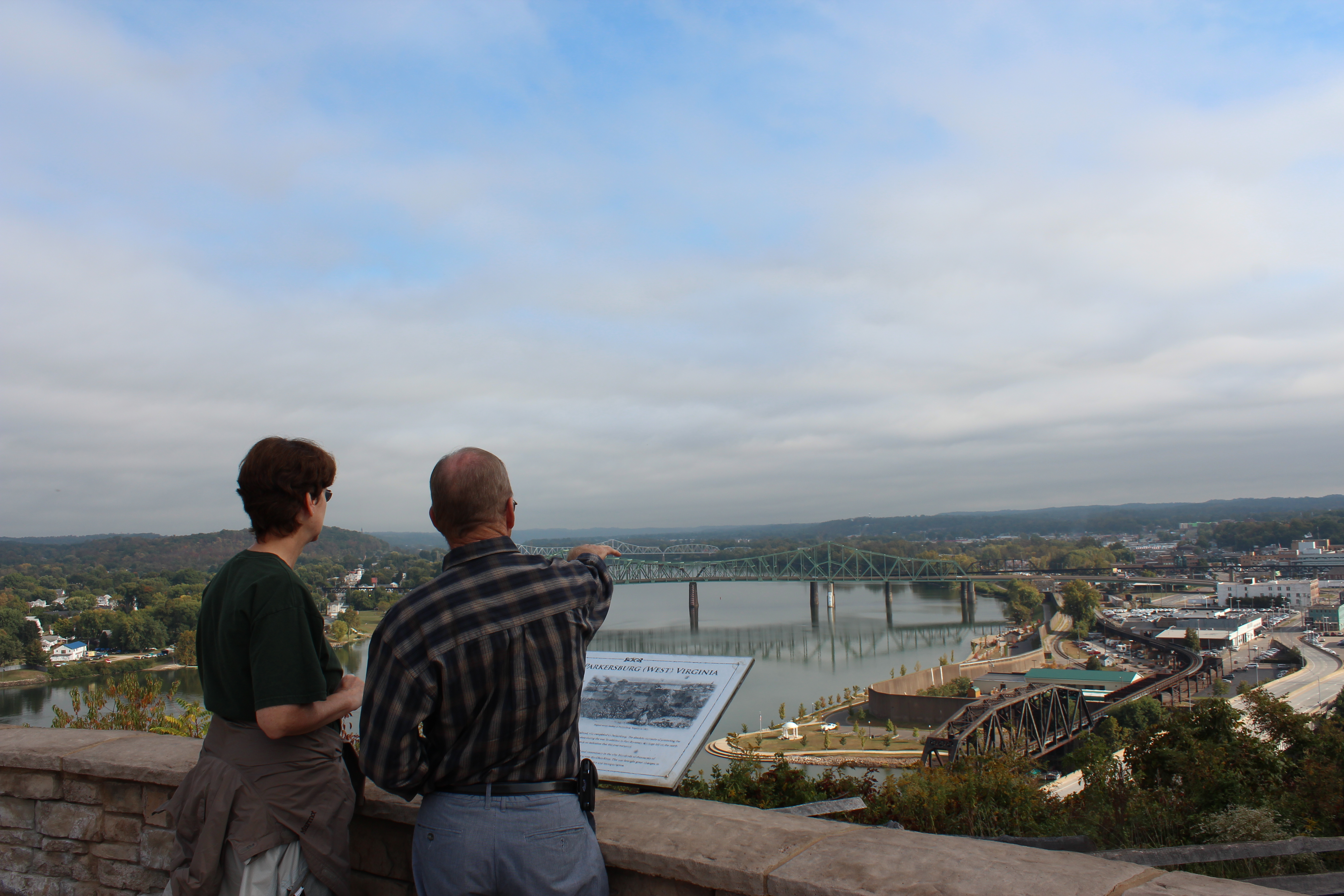 The park overlooks the Ohio and Little Kanawha Rivers at the former site of a Civil War fort built in 1863 that housed Union soldiers until 1865. The park features a spectacular view, nature trail, reconstructed Civil War fortification, trenches, signs that explain the role of the B&O Railroad in the Civil War and the gas and oil boom. 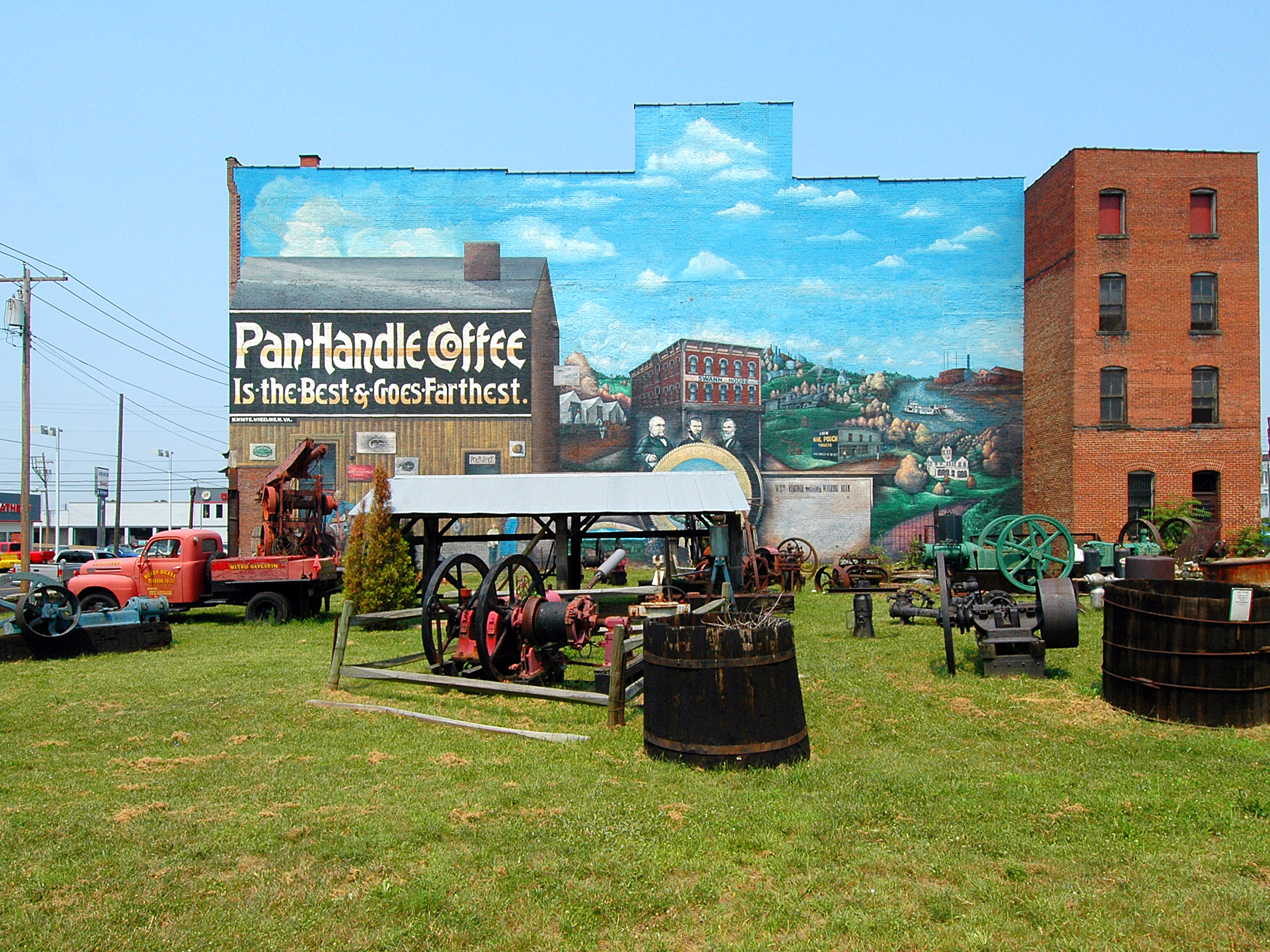 Housed in a former Hardware Store (that operated from 1874 to 1988), traces the roots of American’s oil and gas industry. See artifacts including pumps, tools, engines, plus photos that offer a glimpse at the past. Memorabilia and photographs related to the Civil War and history of local railroads are also on exhibit.

Established in 1862, Sumner was the first free school south of the Mason-Dixon Line, two years before West Virginia had a public school system. Robert W. Simmons, a barber, had gone to Washington D.C. to secure support from President Abraham Lincoln to open the school. It served Parkersburg’s African-American community, grades 1-12, and was the first school of its kind in the South. The first high school class graduated in 1887. The school closed in 1955 when schools were integrated. The Avery Street Historic District developed in the late 19th and early 20th centuries.

Is the state’s largest and oldest historic district. The community of approximately 126 homes, which boasts some of the state’s best examples of Victorian architecture, was named a National Historic Place in 1977.

Insider’s Tip: Stop by the Greater Parkersburg Visitors’ Center on 7th Street to pick up a free Julia-Ann Square historic walking tour guide that includes a map plus details about each home.

Or discover one of Marietta Ohio’s first settler’s log cabin preserved under glass.

Located across the Ohio River in Marietta, Ohio, showcase the history of settlement, migration, and transportation. Collection highlights include a stockade house circa 1788 and the W. P. Snyder Jr. towboat, the last of the steam-powered, stern-wheeled towboats in the U.S.

Is one of the area’s oldest cemeteries, serves as the final resting place for many former residents (both famous and not). “The Weeping Woman” headstone, overlooking the Jackson family plots, is the source of many rumors. Will she grant a wish, play a prank, wander during a full moon? Come find out for yourself.

Insider’s Tip: Cross the Ohio River into Marietta, Ohio to visit Mound Cemetery, built around the base of a prehistoric Adena burial mound. It has the highest number of burials of American Revolutionary War officers in the U.S.

North End Tavern & Brewery, established in 1899, is the oldest restaurant in West Virginia. It’s also the state’s oldest brewery and has been producing craft beers since 1997.

Parkersburg Brewing Company was first incorporated on June 24, 1889. The brewery closed in the early 1900s during Prohibition. New business owners honor the legend.

Berdine’s Five and Dime in Harrisville has been in continuous operation since 1908. 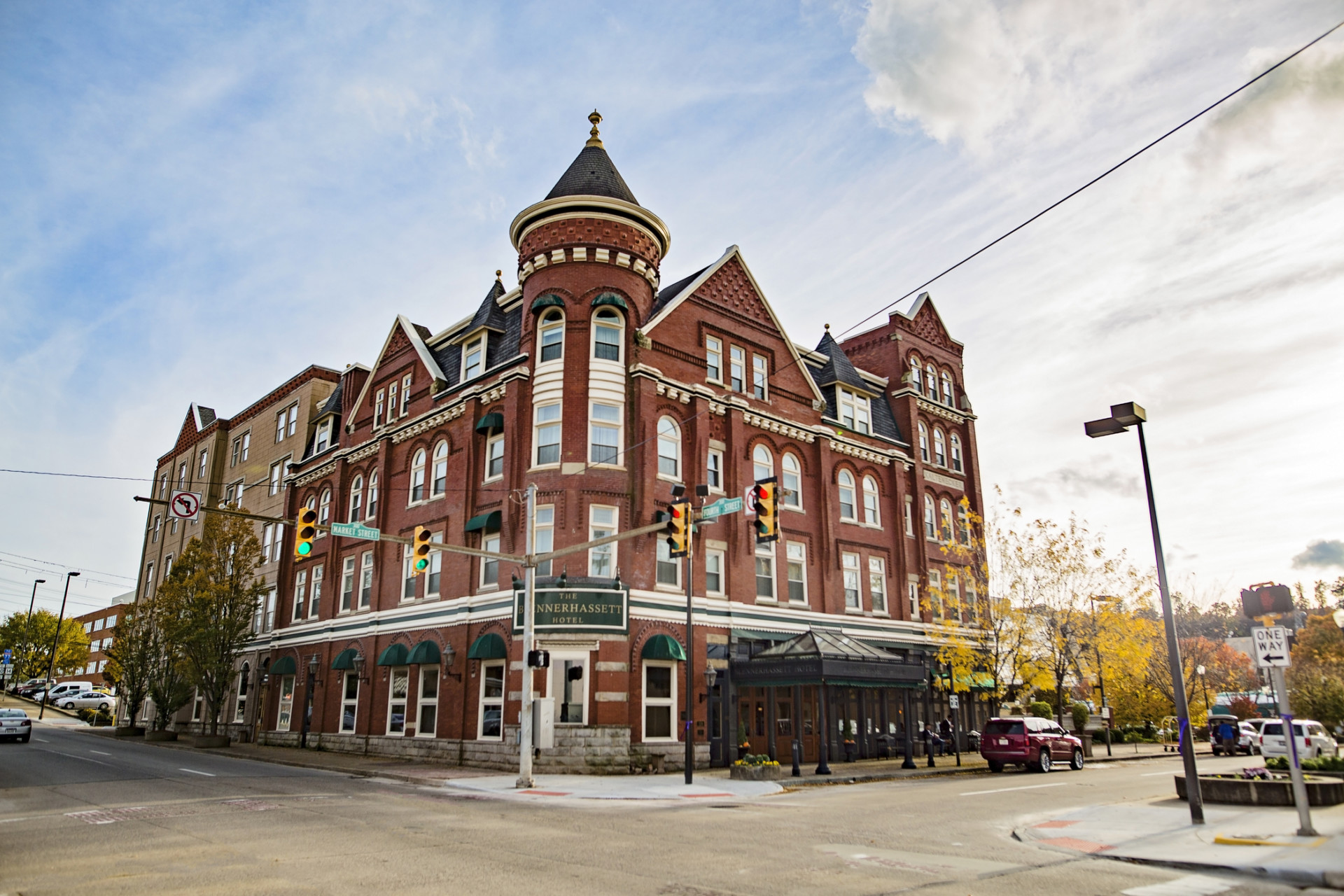 If you enjoy history, you will love Greater Parkersburg

The Blennerhassett Hotel, a member of Historic Hotels of America, dates back to 1889. Today its antique décor blends with modern conveniences and upscale services.

For help planning your visit, explore this site or call Visit Greater Parkersburg at 800.752.4982.