Once known as the “Island of Eden,” Blennerhassett Island Historical Park continues to be shrouded in mystery and romance after 200 years.
This autumn the park will once again be transformed into a flame-lit world of the 18th-century when electricity is banished for the annual Mansion by Candlelight event on Oct. 11 and 12.

Planning a visit to Greater Parkersburg, W.Va. to attend Mansion by Candlelight is truly one of the best weekends to explore and enjoy West Virginia history and beauty.

During Mansion by Candlelight guests are transported back to the year 1805 where Harman and Margaret Blennerhassett are hosting a lavish party complete with mansion tours, horse-drawn wagon rides, period games and dancing, a harvest supper, and the servant’s party. Authentic sternwheeler rides ferry guests to and from the island’s reverie. 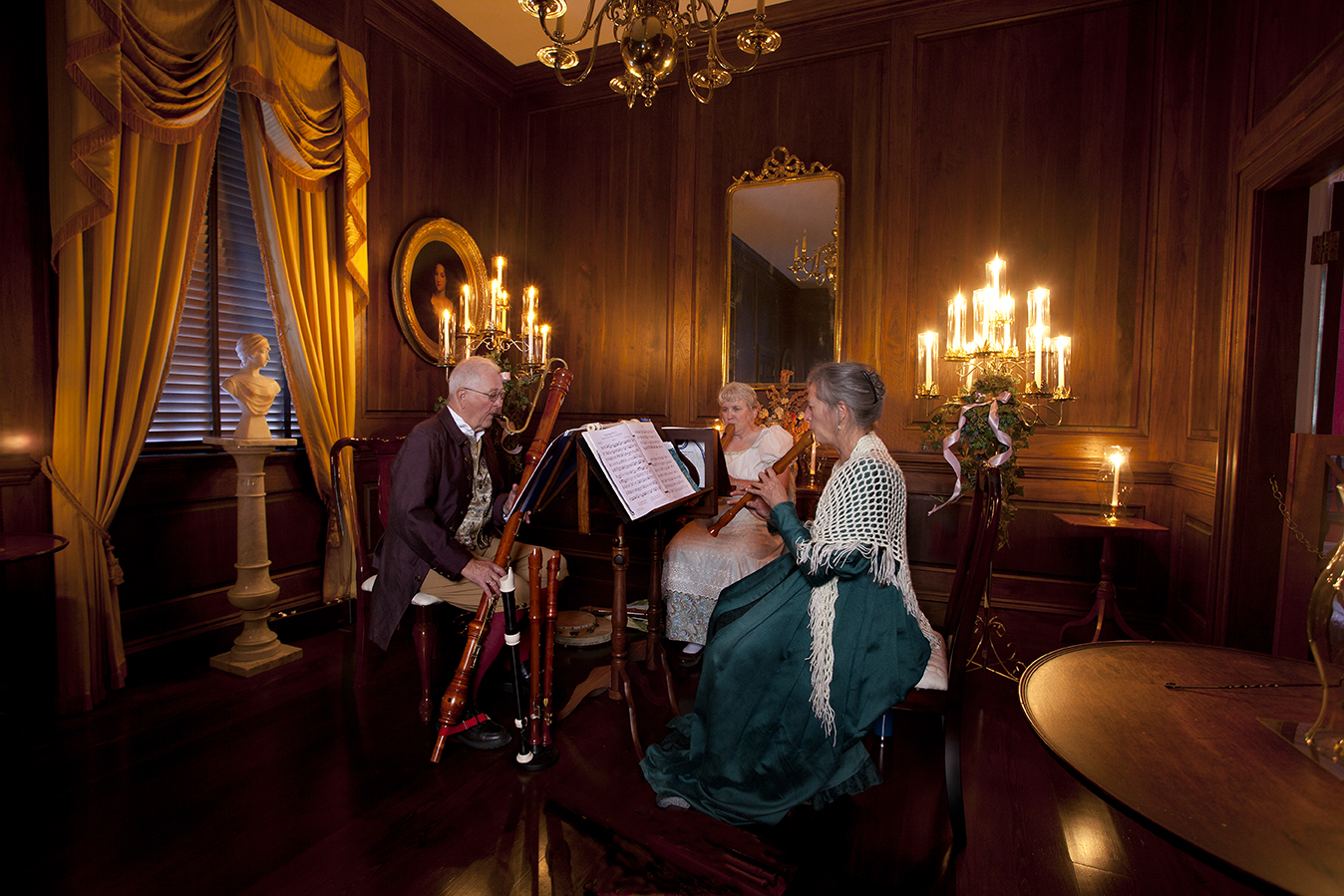 The history of Blennerhassett Island has made it the Ohio River’s most famous island. In 1789, the island was settled by Harman and Margaret Blennerhassett, wealthy Irish aristocrats fleeing political persecution and personal scandal.

Over the years, the couple’s Palladium-style mansion gained a reputation for being the West’s most beautiful home. The 7,000-square foot home was modeled after General George Washington’s Mount Vernon.

In 1805, the Blennerhassetts allowed their estate to become headquarters for Aaron Burr’s military expedition to the Southwest, an episode that raised the island to national renown and awarded it a permanent footnote in American history. The Burr conspiracy, which is suspected to have involved a treasonous plot to create a new country independent of the United States, has become the subject of many stories, poems, artwork, and Broadway shows. The Blennerhassetts fled the island when Burr’s scheme collapsed, but the mansion and history remain.

Reservations are required for Mansion by Candlelight. Ticket includes the round-trip sternwheeler ride and activities. Tickets the harvest picnic supper are sold separately. Call the Blennerhassett Island Historical State Park’s office at 304.420.4800 or 800. CALL.WVA for ticket information and reservations.

While in town, continue your historical journey by visiting the Julia-Ann Square Historic District on foot. Situated just a few blocks north of downtown Parkersburg, the district is comprised of more than 125 lovely homes representative of the Victorian age. It is the largest of its kind in the state and is listed as a National Historic District. The neighborhood and its residents were once instrumental in the development of Parkersburg and the State of West Virginia. Every June and December the district hosts special home tours and teas for the public. To learn more about the tours, times and costs, visit http://juliannsquare.org/.

Another iconic mansion to explore is Henderson Hall Plantation. Built in 1859 as the centerpiece of the 2,600 acre, Henderson Hall is an impressive 17-room pre-Civil War mansion with all of its original furnishings. The mansion has survived as a legacy of the Victorian and Edwardian eras and is open year-round for tours. You’ll learn how and why much of the state’s early politicians hailed from the area, and learn of their important role in carving out a new state in the Union. www.hendersonhallwv.com

Finally, if ghost hunting is your thing, sign up for a Haunted Parkersburg Tour. Rated as the eighth most popular ghost tour in the nation, Haunted Parkersburg takes guests on a leisurely stroll through the quaint streets of downtown Parkersburg. Participants will listen as the tour guides relate the town’s haunted history and paranormal tales. Tours are offered Friday and Saturday evenings late September through early November and begin at 7:30 p.m., lasting approximately two hours (two miles of walking). www.hauntedparkersburgtours.com