Sally rubbed her temples as the clock tolled 2 a.m. the restaurant was quiet as she ran and re-ran the numbers looking for the $20 discrepancy from that day’s sales. As manager of a French fine dining restaurant in the financial district of Boston, she would stay until she figured out why the numbers weren’t exactly right. She sighed and said to herself, “If I am going to be doing this, I need to do it for myself.” With that decision, the quest began for her very own restaurant property.

Relax and enjoy a meal at the House of Wines. Sally Oliver, Chef, Owner and General Manager puts her heart and soul into creating the most memorable wine and food pairings. Each dish is prepared from scratch with a skilled French-American flair and her broad knowledge of the wine selection will leave you, one happy customer.

Sally rubbed her temples as the clock tolled 2 a.m. the restaurant was quiet as she ran and re-ran the numbers looking for the $20 discrepancy from that day’s sales. As manager of a French fine dining restaurant in the financial district of Boston, she would stay until she figured out why the numbers weren’t exactly right. She sighed and said to herself, “If I am going to be doing this, I need to do it for myself.” With that decision, the quest began for her very own restaurant property.

Her education had taken her across the country and back, so she was open to where she might settle down. The first stop was Vermont, she had enjoyed the time she spent there while getting her education at the New England Culinary Institute and she especially loved the huge snow storms they had that would come through and leave the world in a blanket of white.

Things didn’t work out to start a restaurant in Vermont, but Sally was not disheartened, she continued to look. One night her parents were having dinner in a quaint little restaurant on the banks of the Muskingum River just north of Marietta, Ohio. When the owner Pat Wheeler came over and asked “What is Sally doing these days?” they told her about Sally’s education in culinary arts and hospitality and restaurant management and how she was in Pennsylvania looking for restaurant properties. Pat smiled and said, “She should buy this place.”

A year later Sally found herself walking out of the bank as the proud new owner of the House of Wines. Though many of the items on her menu are French-American, several of the dishes and recipes have remained unchanged, the Crock and a Half, the Reuben sandwich and the Swiss Onion Soup. 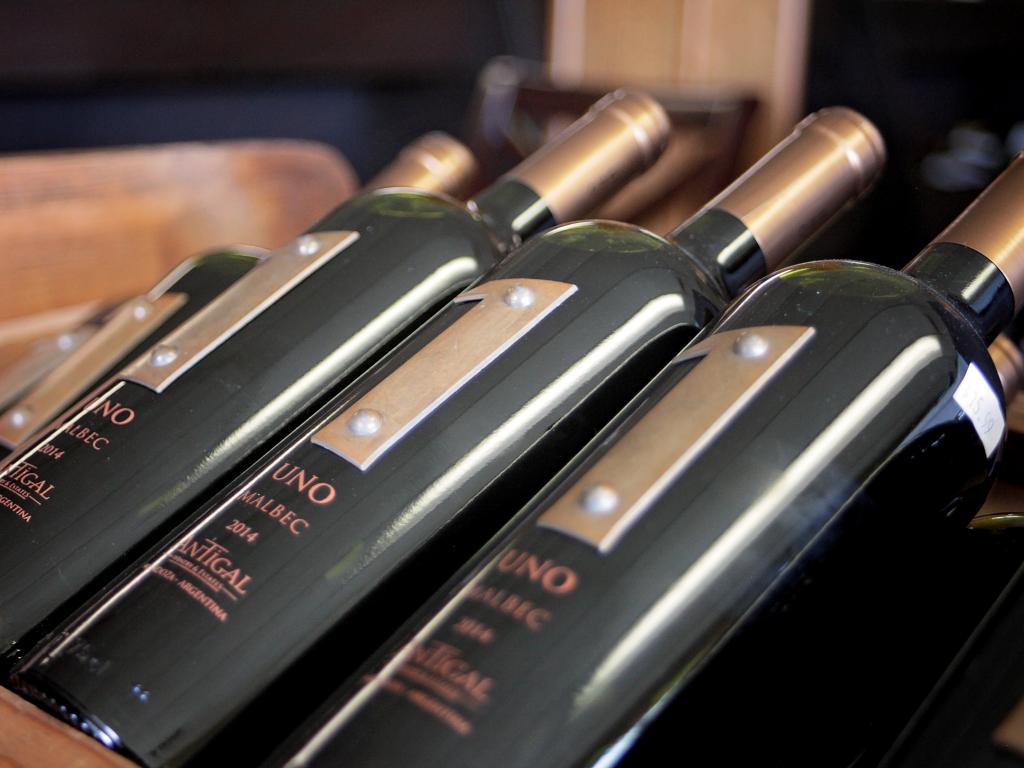 Swiss Onion Soup? I thought this was French-American cuisine? Customers will sometimes ask. It all began many years ago with the original owners who received a recipe from a family member who lived in Sweden at the time and who had mailed them a recipe for ‘Swiss Onion Soup’ and it is still listed that way today. “It is the original recipe just like it was in the 70s,” Sally said.

Although some things remain the same others have changed to reflect Sally’s classically trained hand. Everything they serve is made from scratch, “the only thing we don’t make ourselves are hamburger buns,” Sally said, “but everything else from flatbreads and pretzels to mac & cheese, we make from scratch.” 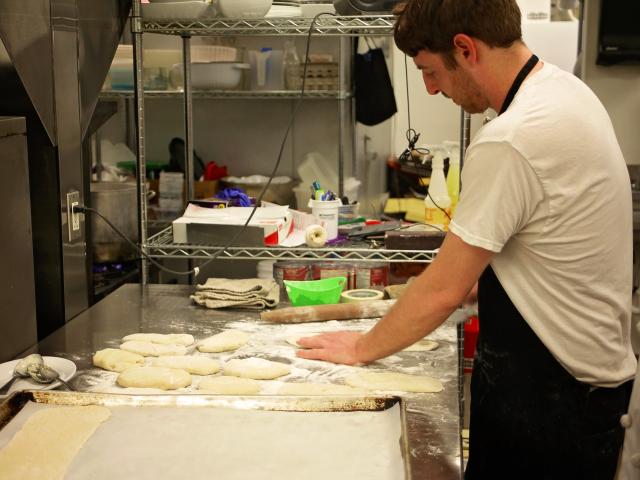 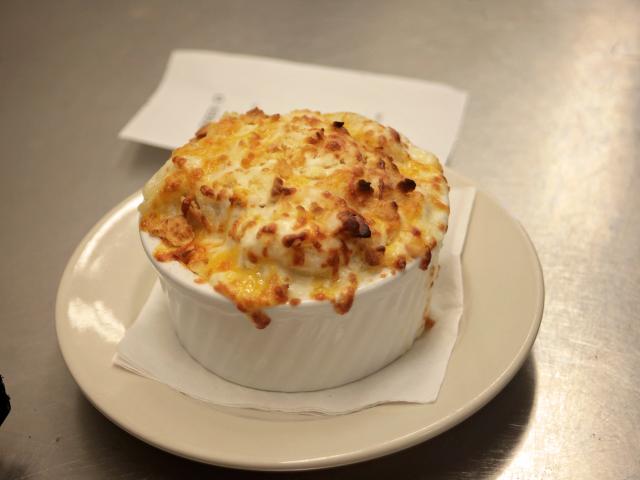 One thing that Sally is very excited about is the addition of her new tasting machine. This makes different types of wine accessible for people. “There are eight bottles every day in the machine, it’s always changing when something runs out we put something else in,” Sally said, “It’s broken down by ounce so if you want to purchase three ounces or 6 ounces, or even a full glass you can taste it before purchasing an entire bottle.”

The one thing Sally loves doing the most is preparing for wine dinners, this allows her to be extremely creative when creating the menu and wine pairings. “I love doing our wine dinners … it’s always something different,” Sally said. 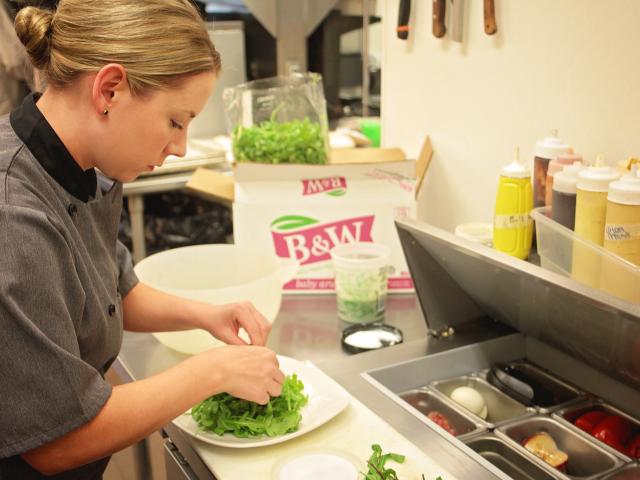 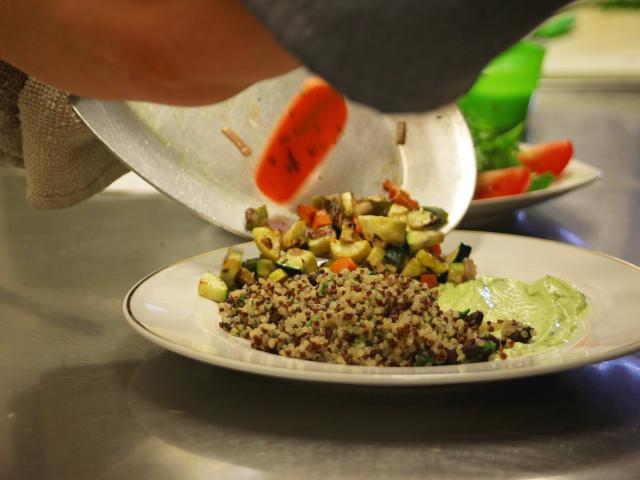 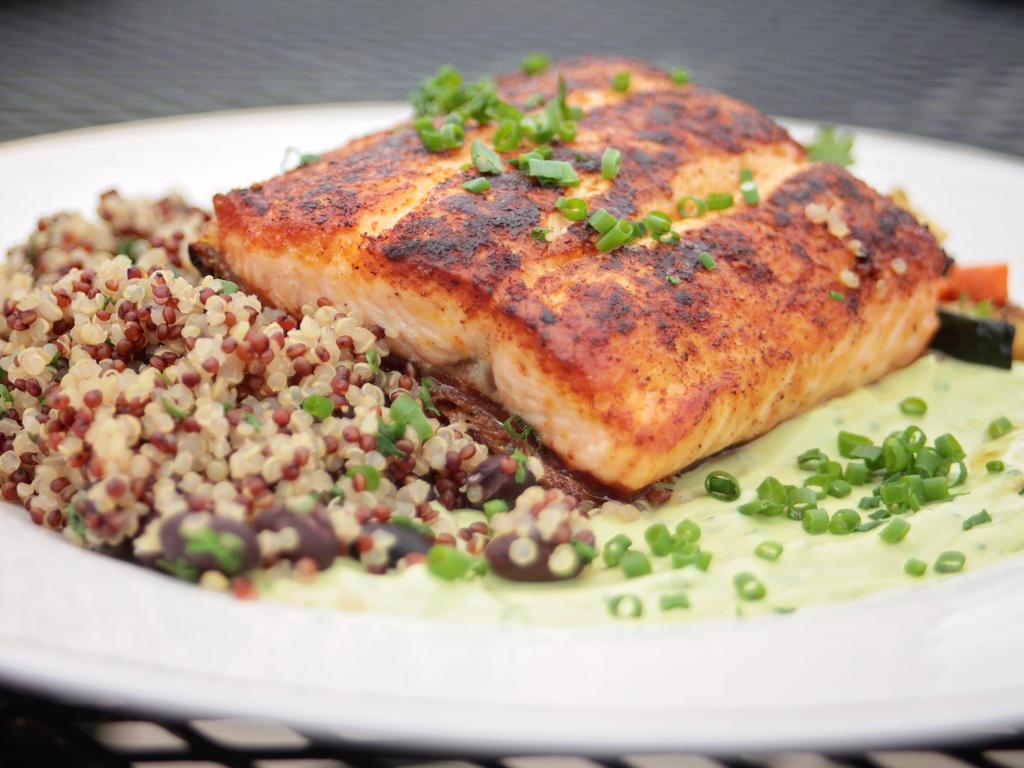 “We always try to do a theme, our last one was a European wine theme so we did a traditional progression and then in the one before that was California Comfort Food,” Sally said, “I get to do a little more intricate work with those dinners, one thing I really do like to do is fresh pasta from scratch, because I know how many guests are coming and I can have it prepared and it’s not sitting there getting dried out and have to rush the process … and it’s just fun.”

The House of Wines has a Wine or Beer dinner each month, they are always on Wednesday evenings. There are other events throughout the year at the House of Wines including Paint and Sip, Enjoy a 30 minute Pound workout with Stephanie Sanderson Fitness, unlimited mimosas, fruit and yogurt parfaits and quiche, the Oktoberfest Beer Garden, the last Sunday in September and the Porch Pounders Wine Tasting Event in the spring. Follow The House of Wines on Facebook to stay current on their upcoming dinners and events. 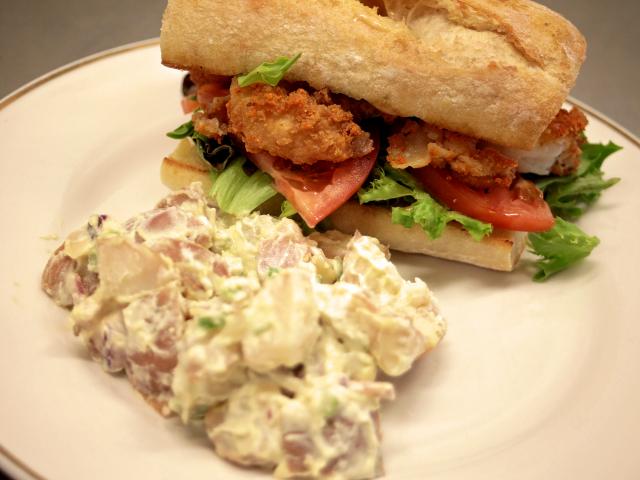 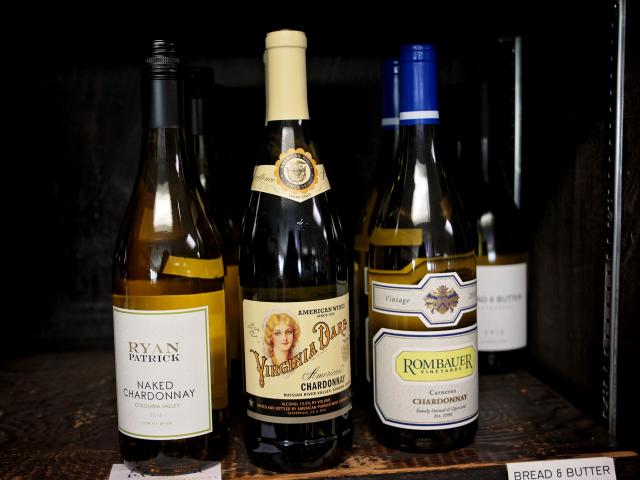 From a casual dinner with friends on the riverfront patio to renting event space for your next party, the House of Wines is the perfect place to get a bottle of wine or a six-pack, pick up the table have a couple beers with family and friends. “There is something here for everybody,” Sally said. 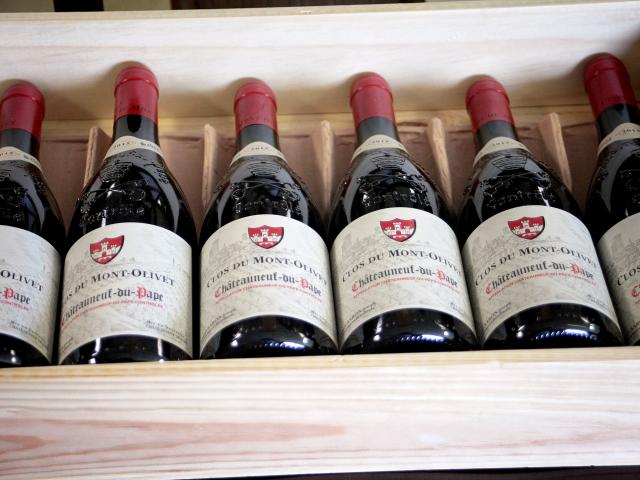 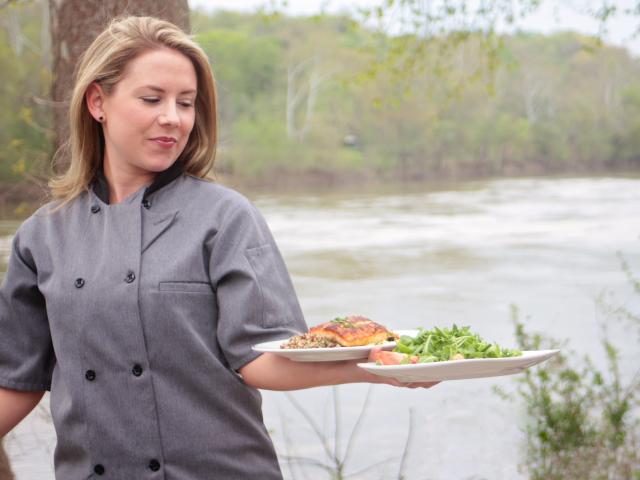 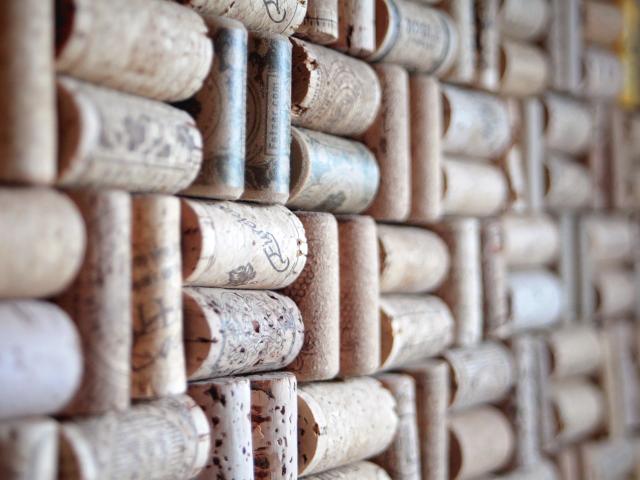 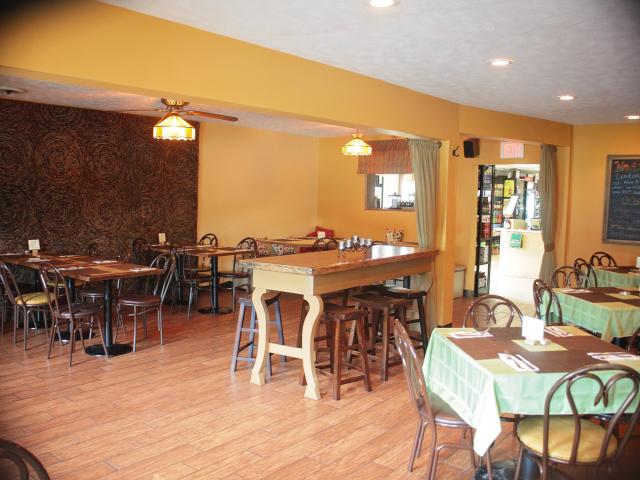 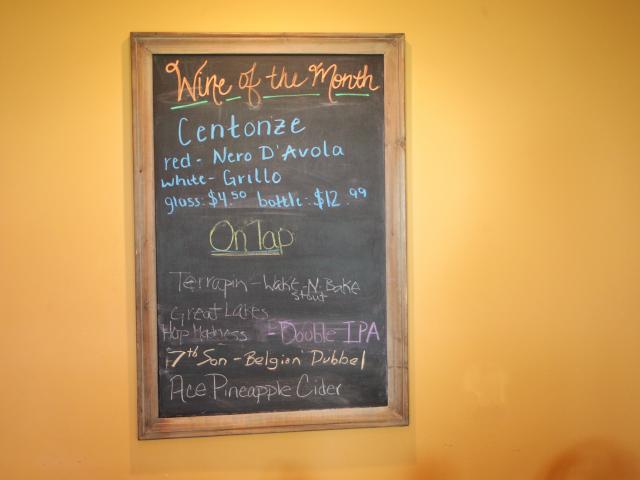 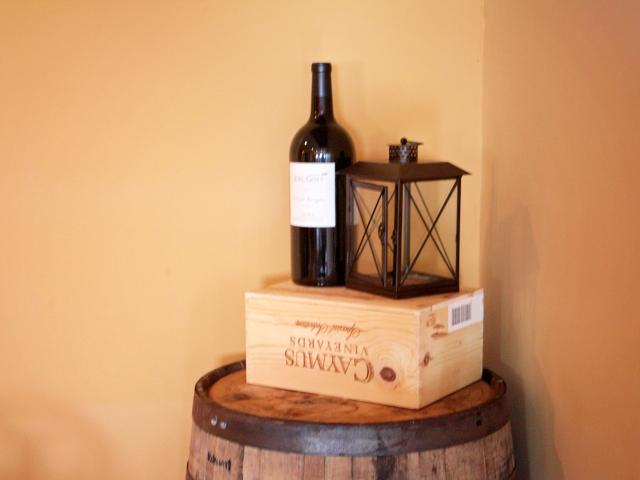 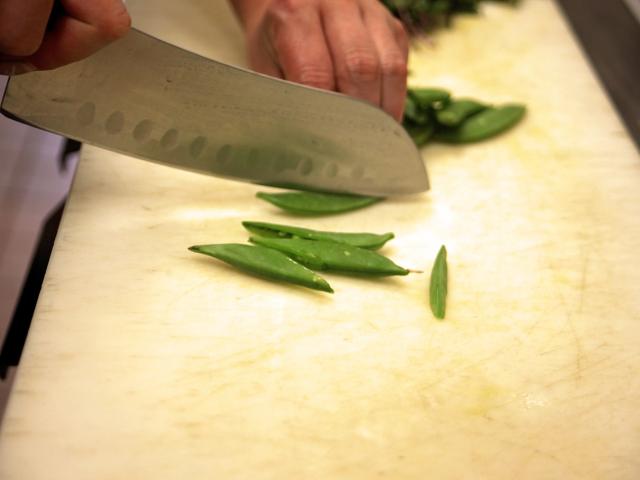 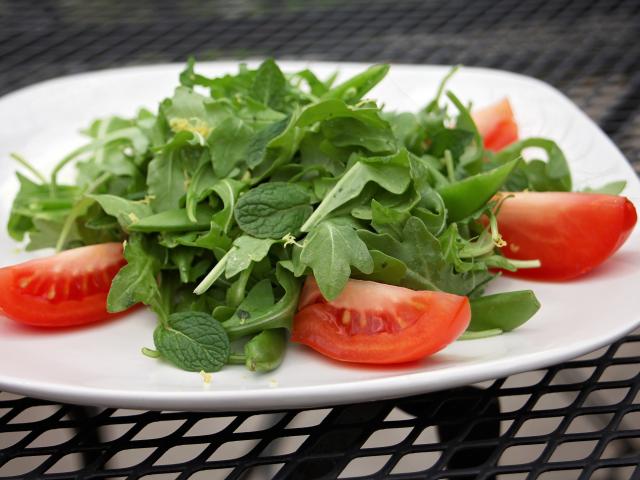 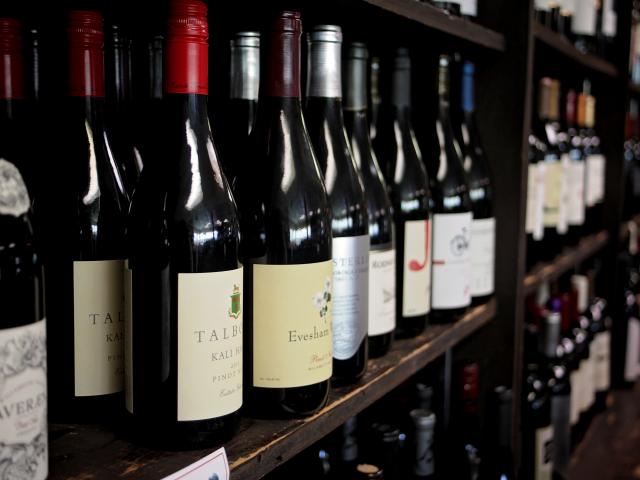 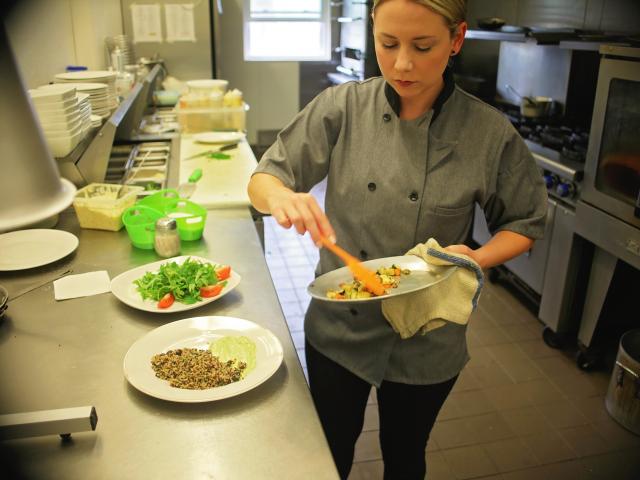